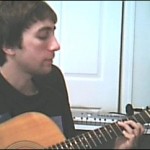 Jason holds a Masters degree in Music Education from Hofstra University, as well as a Bachelors degree in Audio Engineering/Music Business from Five Towns College.

His performance experience includes playing guitar and bass in pit and jazz bands, as well as his own band. He has also sung in college choruses, and produces/engineers music for artists at a home studio. In the past five years, he has written and recorded seven albums of original material.

Jason has experience teaching in public schools and is certified in Orff-Schulwerk with a background in choral/instrumental studies. He has prepared students for competitions including NYSSMA.

His main belief is that music education is central to developing a child’s aesthetic, experiential and cognitive skills. It enhances the capacity to feel emotion, bridges gaps between cultures and language, offers us alternate ways of thinking and allows us to express what words cannot.

Book Jason for Lessons
Write a Review for Jason 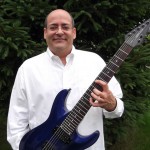 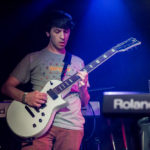 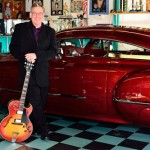 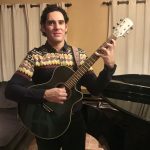 Moreno inherited his love and talent for music from his grandfather, father, and extended family. From the age of two, he started by strumming an open G on cavaquinho to accompany his father. He began taking piano lessons when he was six and trombone lessons when he was ten, performing in the Oyster Bay district bands.

In middle school, he began taking guitar and bass guitar lessons. Continuing to play all these instruments, he went on to perform in the district’s choruses, a cappella choirs, jazz bands, and community bands. He competed in NYSSMA on solo trombone, solo voice, and group vocalist. He also performed in All-County choirs and concert bands, musicals, and summer theater shows.

While in high school, he and his best friends started Suggested Donation, a band that went on to perform locally. They went on to play mostly improvised music over the years, and continue to do so today.

Two years of music theory classes in high school prepared Moreno to continue studying on his own, with the help of occasional instruction. After traveling for two years, he moved to New Orleans, where he studied Al Di Meola guitar technique and his favorite compositions, including Jobim, música popular brasileira, jazz, and rock pieces. Deconstructing arrangements note by note, analyzing, and rearranging these pieces for different instruments and ensembles provided an important foundation to continue his musical journey.

After living in New Orleans for five years and spending six months in Seattle studying alternate tunings, Moreno moved back to New York. He began teaching professionally and playing samba with Tom de Deus on cavaquinho.

Having continued to teach ever since, he has gained experience teaching a wide variety of instruments and students with different musical goals. Moreno forms the lessons around the compositions that each student chooses to learn, enriching the student experience with theoretical analysis and explanation.

He befriended Aeroplane Pageant and eventually joined joined them as a bassist. He began to play other instruments and perform backup vocals in the band, performing live on the radio in NYC and at Great South Bay Music Festival. They are currently completing a new album.

Moreno worked with Steve Morrill in 2018 to adapt a standard guitar into a baritone guitar, which he has since adopted as one of his main instruments. In 2019, he organized, hosted, and performed at an American folk music program at Kingsland Homestead, a house built circa 1785, of Queens Historical Society.

Book Moreno for Lessons
Write a Review for Moreno 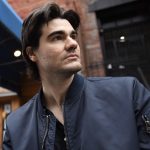